Be part of a prominent and imposing position on colmore row which is the city’s most prestigious address within the business district.

Be part of a prominent and imposing position on colmore row which is the city’s most prestigious address within the business district.

The Grade II* listed property was originally built by Issac Horton and is still owned by the Horton family today.

In the past The Grand has played host to royalty, politicians and stars of the stage and screen. The elaborately decorated Grosvenor Room was once the centre of civil life in Birmingham holding countless social events.

The offices are on both the first and second floor of the highly impressive and historic Imperial and Whitehall at 23 Colmore Row.

The suites, which are accessed via a reception entrance off Colmore Row and with lift access, have been newly refurbished to provide exceptionally modern office suites.

History of the Grand

The Grand Hotel first occupied part of the building constructed by Isaac Horton, on Colmore Row and Church Street between 1877 and 1879, with 100 bedrooms and a first floor reception. It was let to Arthur Field, a hotel operator from Newcastle-upon-Tyne, and opened on 1st February 1879.

Initial trading was not as good as was hoped for and by 1880 Mr Field was in arrears. By February 1890 he owed £7,902 10s 6d and the hotel was taken back by Hortons and closed for refurbishment. The refurbishment cost £40,000 and was supervised by architects Martin & Chamberlain. When it re-opened in June 1891 the local press hailed it as “greatly changed and vastly improved” and hoped that “the fortunes of the hotel had been once and for all assured”.

In 1893 work began on the last of the 5 buildings that currently comprise the Grand Hotel, and the only one to be specifically designed as a hotel. Again Martin & Chamberlain were the architects and they created a 7 storey building, plus 2 more floors of rooms in the roof, on Barwick Street containing the Grosvenor Suite and 75 new guest rooms, and added 2 storeys to the Church Street wing. This was opened in 1895.

To find out more about The Grand visit thegrandbirmingham.co.uk 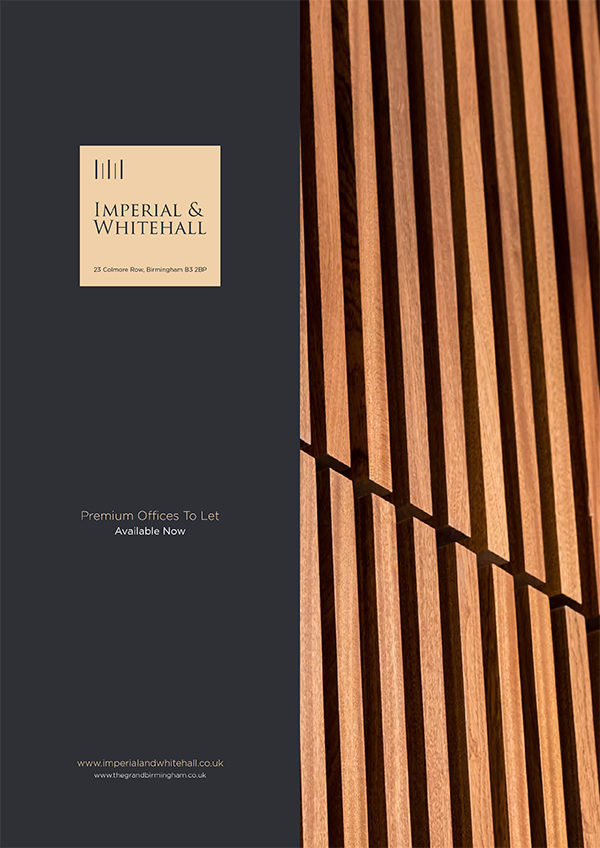 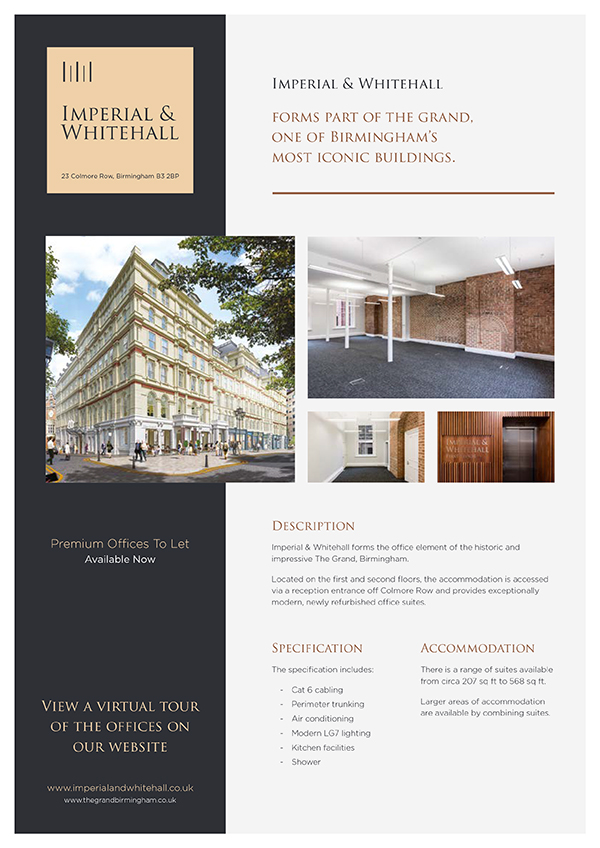